Stave church in the middle of the village

In the middle of Mannaminne you will find the beautiful Stave Church representing the spiritual dimension of Mannaminne. The Stave Church was built in 2000 after Norwegian models. The decoration was made by Eva Olsson, Asle Bjerkan, Bertil Westman and Anders Åberg.

What is a stave church?

A stave church is built of wood in stavework. It has a load-bearing construction of posts that stand on horizontal ledges and support wall strips. The supporting elements in the walls in this way form frames for a filling of standing planks; poles, after which the building type is named.

Anders Åberg and the stave Church

– When I was little I wanted to be a priest or an artist. It became an artist. But here at Mannaminne, I wanted there to be room for those who wanted to withdraw, at least I need to do that sometimes, he says.

He calls himself religious, but unlike his wife Barbro, he rarely attends church.

– But I have built a church, he says and laughs.

Anders Åberg has reached the age of 64, but there does not seem to be any thought of retiring. He has many new ideas.

– The best things have not yet been done, he says. Together with Barbro, he continues to run Mannaminne.

– It is quite a responsibility, and it is very hard work much like farmers who have many cows and can not go anywhere. Sometimes you wonder if you would have done something else in this life, but at the same time it is a joy to be able to walk around here.

The High Coast is a place that comes alive in the summer, but is really a depopulated area. Through Mannaminne, Anders Åberg also wants to counteract the despair that affects people in such an area.

– Here a kind of northern depression is freely presented – nothing you do earns anything more. Then it is important to instead feel that you are part of the whole world and to take advantage of the life you have been given, he says. 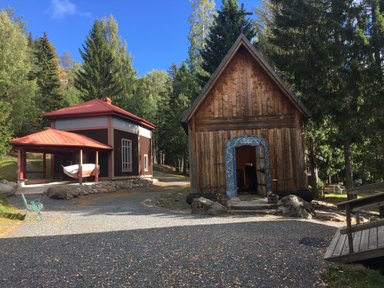 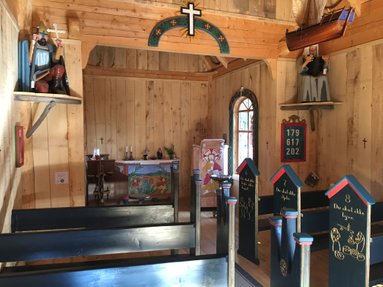 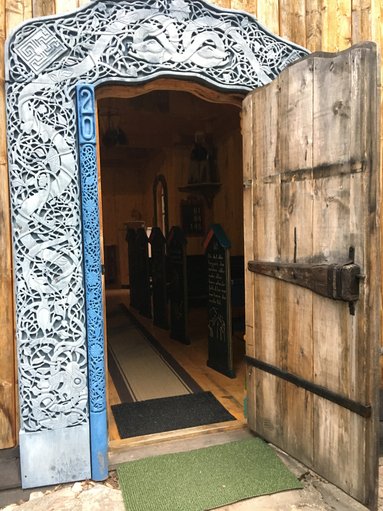